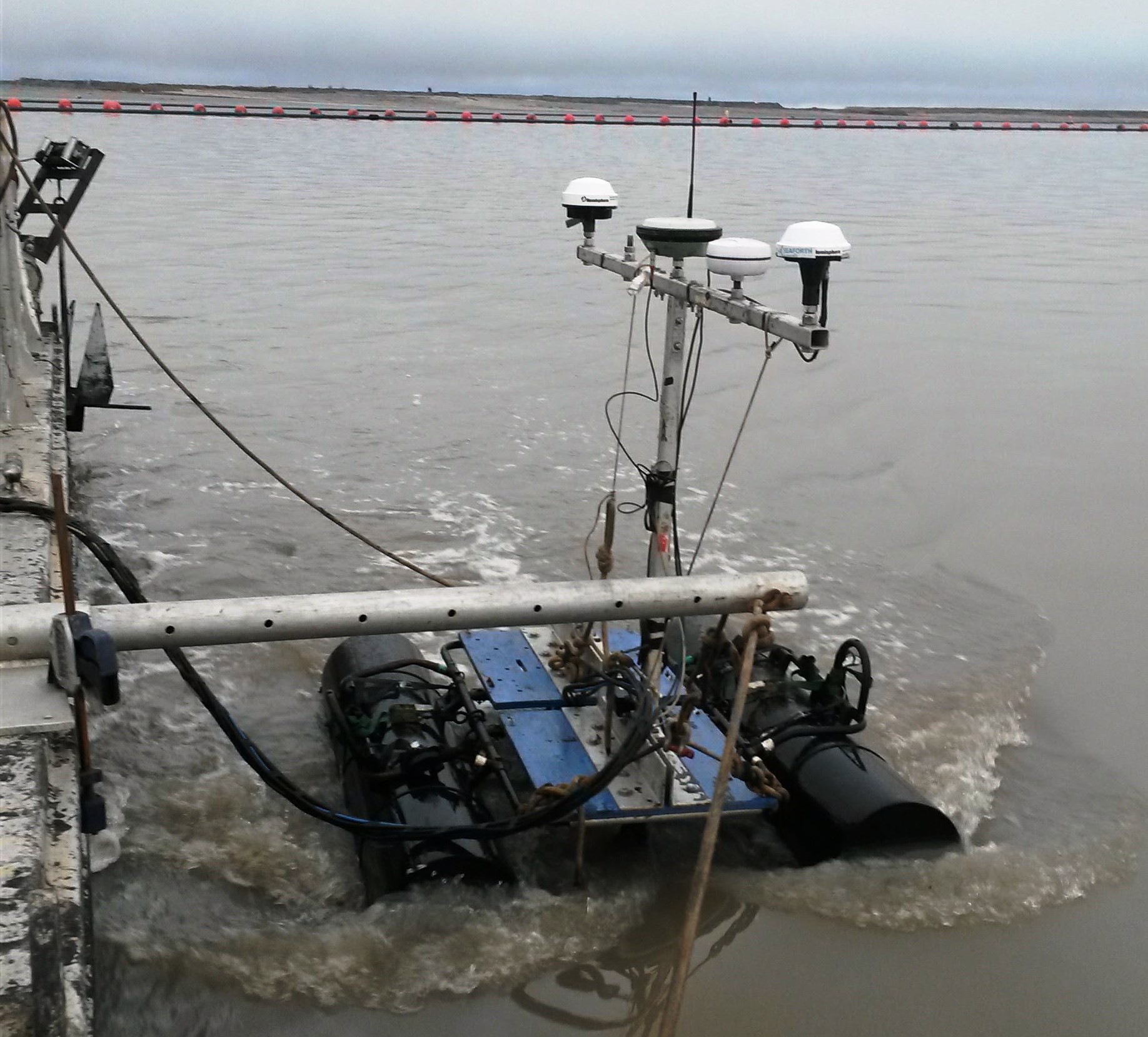 As part of the IOL Kearl Oil Sands project in Alberta’s Athabasca Oil Sands region, Challenger Geomatics Ltd. had contracted Seaforth Geosurveys to conduct a number of reoccurring geophysical surveys between 2014 and 2014 of the subsurface of a tailing area for the purpose of investigating and facilitating remedial measures of muskeg and other submerged debris.

Seaforth personnel used multibeam bathymetery, subbottom profiling, and vibracore sampling to successfully map and track movement of the various components of this dynamic body of water. The pond provides a unique challenge, as the available vessels and working platforms are constantly changing, as well as the unpredictable environment throughout the seasons. A number of these challenges were overcome by creating a small, towable pontoon boat to house the sonar equipment, which allowed for use with almost any small vessel and streamlined mobilization/demobilization.

Seaforth have also used the same unique approach in conjunction with Challenger Geomatics to conduct a geophysical survey of another tailings pond in Northern Alberta.